Simple Measures, Saving Lives: Update from the Field in Malawi

Simple Measures, Saving Lives: Update from the Field in Malawi

Above: medical staff in Malawi receiving training on the FAST-M sepsis prevention tools, from Linvell, senior nursing officer and one of our Maternal Sepsis Champions at Mithundu Hospital)

FAST-M is one of the projects that Ammalife sponsors which has been improving maternal healthcare in Malawi. FAST-M is a treatment bundle for maternal sepsis, with each letter standing for a simple but effective measure (Fluids, Antibiotics, Source Control, Transport to a health facility, and Monitoring of the mother and newborn). We recently caught up with Laura Munthali, the project coordinator in Malawi of the Parent and Child Health Initiative (PACHI), who have been rolling out the project in Lilongwe. Laura tells us how simple vital signs check-ups and the influence of healthcare champions has improved maternal healthcare in Malawi.

“The FAST-M study is one study that has raised awareness of the importance of checking vital signs to identify maternal sepsis. Before FAST-M was implemented, only a few indicators were used to detect infection and sepsis (such as fever). Now healthcare providers have been able to detect infection and sepsis much quicker through the use of the simplified MEOWS (Modified Early Obstetric Warning Score) charts. Quicker identification of symptoms has lead to health care providers being able to treat sick mothers more effectively. Most health care providers have verbalised the importance of the tools introduced, including doctors at Kamuzu Central Hospital. It has become much easier to trace a mother’s progress once she has been admitted until she is discharged, improving the overall health care.”

“Hospital and patient attendants were also trained to use the MEOWS charts. They have since been able to fill in the charts and have assisted nurses. Most facilities have agreed to have patient attendants do vital signs checks at 6am and 2pm, and when there are staff shortages attendants from less busy wards help the maternity department. It is now a requirement that before discharge a mother’s vital signs are checked; this has helped nurses to decide whether a mother should leave the facility or continue treatment. The patient and hospital attendants are happy to assist the nurses with the vital signs.” 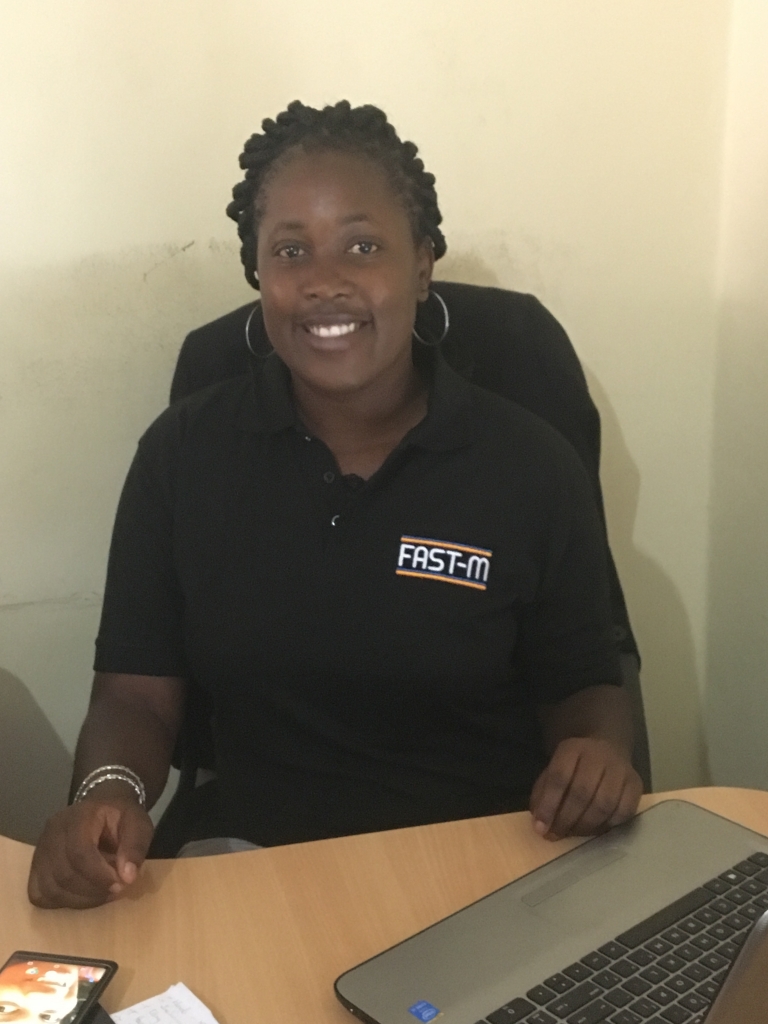 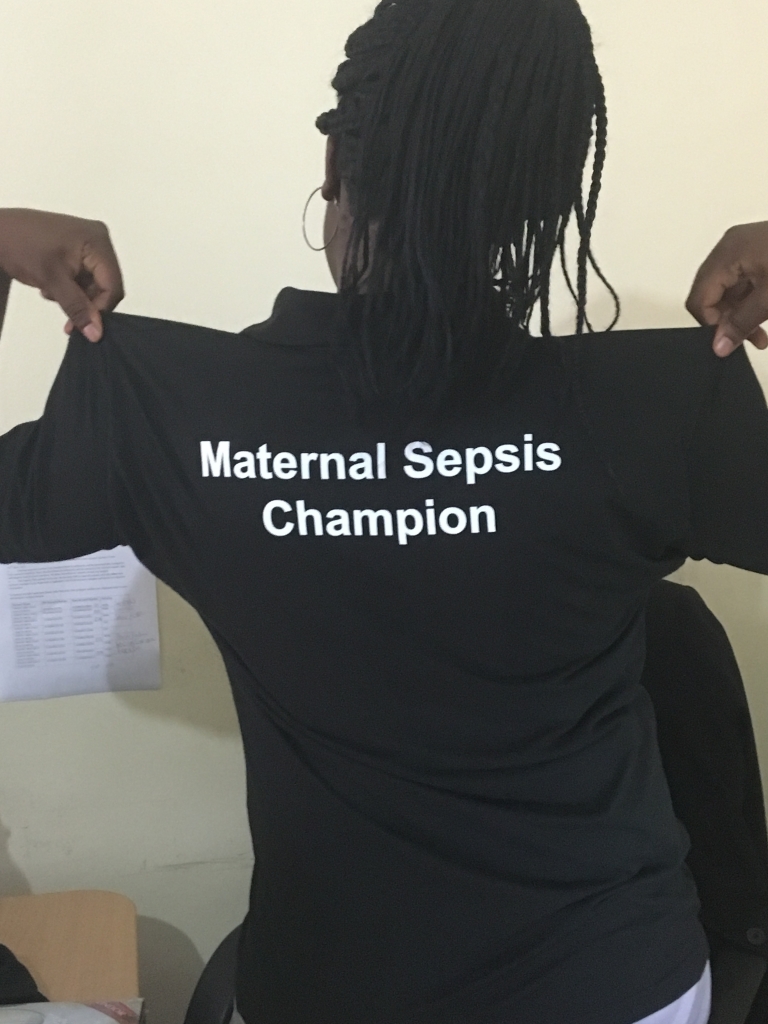 Laura Munthali proudly shows off her polo, marking her as a Maternal Sepsis Champion. 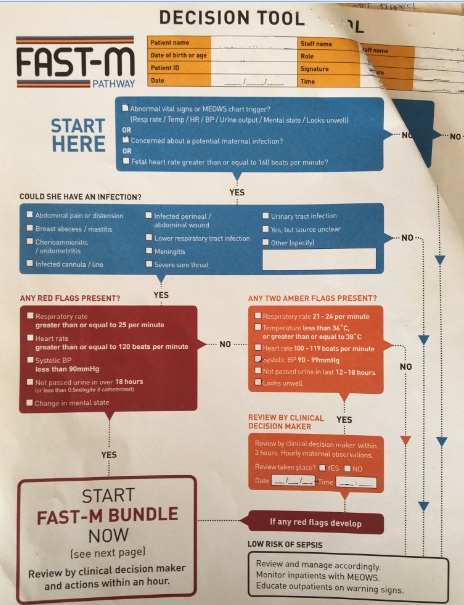 “During the course of the FAST-M project, champions were selected to promote the intervention. The champions were selected to build relationships with the facility health providers, improve ownership of the tools, increase the understanding of the use of tools especially when hospital managers are involved, and also to improve communication during the FAST-M study. The champions have been active throughout the course of the project, demonstrating the tools to be essential for monitoring, diagnosing and treating patients. The champions have also made it easy for the coordinator and project officers to access notes and to organise internal meetings contributing towards the overall progress of the study.”

“During the study, champions and facility health care providers identified some internal issues, such as poor filing systems, poor management of maternal cases, and the congestion of the maternity department which led to some mothers going days without being checked. Some issues affected the administration of work and some led to poor and unreliable data for the facilities. The teams took action and implemented many helpful changes, such as re-organising the filing system and having proper follow ups on patients. At Mitundu Community Hospital the maternity department was re-organised and decongested by redirecting gynaecology patients to the female ward. Despite a few outstanding issues, the facilities are happy with the changes and overall healthcare has been improved.”

Right: The Women’s Ward of Dowa District Hospital in Malawi, one of the sites of the FAST-M project.

“It is awesome being part of the study and witnessing these developments which are improving the health care of mothers. It is also exciting to have such an experience which has positive changes towards the administration of care.”

You can find out more about the FAST-M study here.