Diagnose and Respond: Ammalife Researchers on the Field Part Two

Diagnose and Respond: Ammalife Researchers on the Field Part Two

(Above) James with FAST-M Project Coordinator, Laura Munthali, outside Kabudula Hospital in Malawi.

James Cheshire is one of Ammalife’s doctoral researchers who has been working on the FAST-M maternal sepsis project in Malawi. Last time we heard from researcher Catherine Dunlop, who is at the forefront of preventing sepsis in Malawi. In this second post of our two part blog series, James tells us how Ammalife’s researchers in Malawi have been working on speedily diagnosing and treating cases of sepsis in low resource settings, in order to prevent more women from dying.

I’m a qualified doctor by trade with experience in A&E and intensive care wards in the UK. Before specialising in Obstetrics and Gynaecology I decided to undertake a period of research, which is what brought me to the FAST-M project. After the development of the FAST-M maternal sepsis bundle, I led the project to operationalise the sepsis bundle in Malawi.

One of the first projects that I was involved in was developing a way to enable healthcare workers to diagnose sepsis in pregnant and recently pregnant women. This can be difficult in pregnancy as the symptoms of maternal sepsis can be masked by the normal symptoms experienced in pregnancy. In developed countries diagnosing sepsis is usually achieved by performing blood tests which often isn’t possible in low-resource contexts such as the rural hospitals in Malawi. Instead, we introduced a MEOWs chart (Modified Early Obstetric Warning Score charts) to help healthcare workers identify patients at risk of becoming unwell. These are already commonly used in the UK but we modified them to make it suitable for use in Malawi. Alongside this we developed a decision making tool to help healthcare workers identify unwell mothers with sepsis in a timely fashion and a treatment tool to guide healthcare workers through the required treatment.

I’ve been working on the project for about two years now, and during this time I’ve been to Malawi seven times, staying from two weeks to two months each time. Whilst I’m in Malawi, I usually spend time going on site visits to our three hospital hubs and to the connected health centres, providing project oversight. I also trained the healthcare workers on how to use the FAST-M tools and MEOWs charts, and provide re-training when needed. Whilst I’m in the UK I work remotely on the project, providing logistical support on arranging supply of training materials and finance transfers, and supporting the Project Coordinator, Laura Munthali, who is permanently based in Malawi. I also spend a large amount of time analysing the data sent to us from the project officers based at the study sites, who collect the electronic data on patients’ progress via tablets. 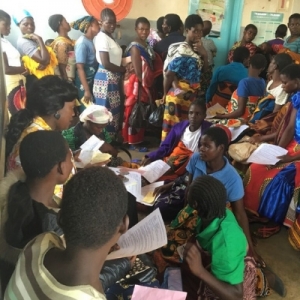 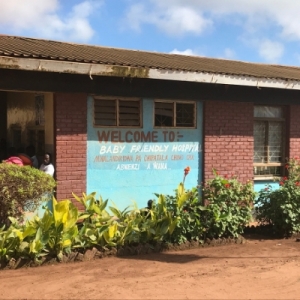 The baby friendly ward of Dowa Hospital, one of the sites of the FAST-M project where James conducted his research

Having trained and practiced in the UK, this has been the first time that I’ve been involved in any clinical work or research in a developing country, and the differences have been striking. Although in both settings clinical work is always busy, the reasons for this are very different. In the UK doctors are kept busy because our healthcare system is target-driven. For example, in A&E we’re expected to see patients within four hours of their arrival at the hospital. In Malawi, however, the care-giver to patient ratio is much lower, often with just one or two qualified doctors at each hospital and so patients can end up waiting several hours, in some instances days, to be reviewed by a clinician. There are serious problems with resource availability and the hospitals are hugely understaffed, however the healthcare workers in Malawi do an exceptional job with the resources they have and are totally committed to improving standards of care for the mothers in their hospitals. When we were in the initial stages of rolling out the project, we were concerned that it would involve giving the healthcare workers a great deal of extra work, even though they were already facing a huge work burden. However, the healthcare workers were still very eager to roll out the study and the results have been extremely positive.

During this study we have seen that the quality of patient care has definitely improved. Now mothers with sepsis are being identified much quicker and are receiving the correct treatment much earlier. This is particularly important as delays in receiving sepsis treatment greatly increase the risk of dying. My experience of working on the FAST-M Project in Malawi and witnessing the dedication of the healthcare workers in Malawi has certainly inspired me to continue to work in global health in the future.